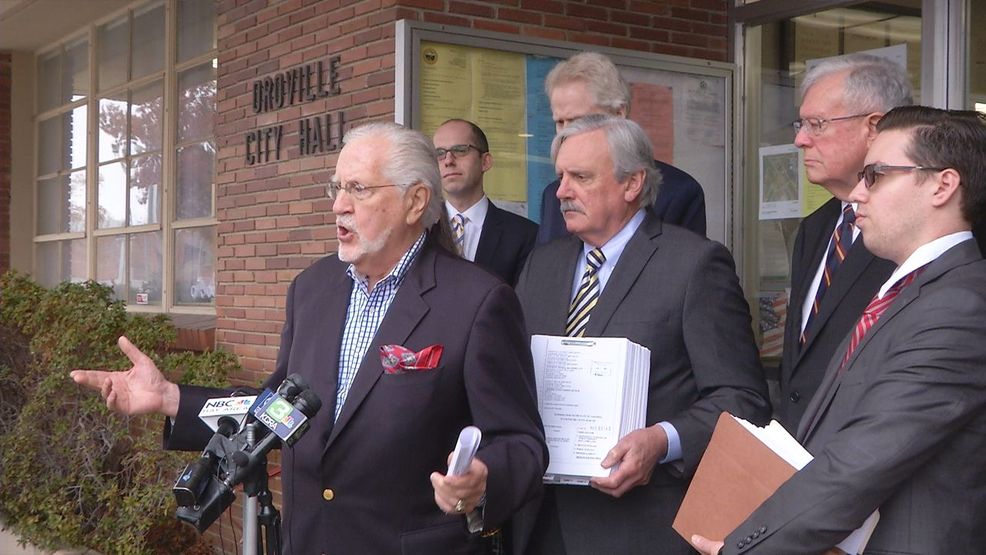 A lawsuit filed by the City of Oroville against the Department of Water Resources (DWR) accuses the agency responsible for the Oroville Dam of 20 years of corruption including racism, sexual harassment and a disregard for public safety.

The attorneys that represent the City of Oroville gathered on the steps of Oroville City Hall to highlight the problems they see in the water management agency.

"The city is outraged at the evidence you are going to see at the intimidation, the discrimination of women, of people of color, and of the mismanagement of the entire department," said Carolyn Frank an attorney with the city attorney's office.

In an 800 page complaint attorneys highlighted a culture of cronyism. The attorneys mentioned a noose they believe was used to intimidate an African American employee. They said engineers came forward with complaints but wanted to remain anonymous so they wouldn't lose their pensions. They said one woman feared for her life because she was talking to the lawyers.

"When the people of Oroville and this county, Butte County, talk about the "mafia water companies" that's exactly what they were," said attorney Joe Cotchett. "They thought they were the mafia. They could get away with anything."

Out of all these complaints, the attorneys highlight the amount of money lost from the Oroville Dam failure. Cotchett said DWR puts profit before safety and could have prevented the dam failure.

"You can have a natural situation where devastation is a result of an act of God," Cotchett said. "That isn't what happened here."

He said taxpayers are spending half a billion dollars to repair the dam.

Frank listed all the other expenses the dam failure caused. In February of 2017, 188,000 people were forced to evacuate when water began pouring over the emergency spillway.

"The costs that were associated with lost revenue from the evacuations, the costs associated with assisting people with evacuations," Frank said. "The lost sales tax and revenue that would have happened if there would have been people within the city but they were forced to evacuate. All of the safety personnel were working around the clock incurring massive amounts of overtime."

Cotchett said this is only the beginning. He said next week local farmers will begin filing individual lawsuits. They believe some of the ranchers had 30 to 40 million dollars in losses.

KRCR News Channel 7 contacted DWR for a response to these claims and have not yet gotten a reply.