When police stumbled across the makeshift shelter in the Joshua Tree desert last week they made a shocking discovery: three children were living in a plywood box.

There appeared to be no electricity, no running water and not enough food but piles of rubbish and human feces, a scene of squalor and isolation. There was no record of the children attending school.

The parents, Mona Kirk, 51, and Daniel Panico, 73, were charged with three felony counts of child abuse and the children were put in care of social services. 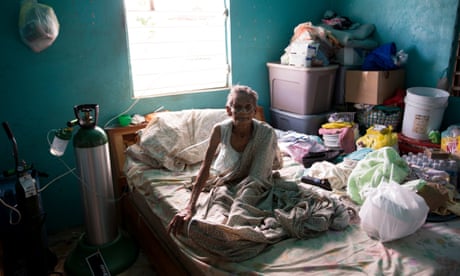 A journey through a land of extreme poverty: welcome to America

California shuddered. Here, it seemed, was another horrific case of child abuse just weeks after police rescued the 13 Turpin siblings from a home in Perris, 80 miles to the west, where they were allegedly kept captive.

But then the narrative changed: friends of Kirk and Panico defended them as good, caring parents, guilty only of being poor.

“The story when it first came out, it was wrong. I just cried. This is not them, they’re really good people,” Jackie Klear, who has known the family for 10 years, said on Wednesday. “They’ve always put their kids first. They’re fed, well dressed, educated. They’re in my scout troop.”

The family, she said, had fallen on hard times but chose self-reliance over state help or charity. Instead of building a house on their five-acre property, as originally planned, they slept in a trailer and in an improvised 200 sq ft shelter made of plywood, tin and sheeting.

Klear, a civilian contractor at a nearby military base, said the property was unsightly but no crime scene. “It looks like a mess but it’s an organised mess.” There was a water tank, a generator, furniture and protection from the elements, she said. “It’s warm in there.”

Neighbours have rallied outside the Joshua Tree courthouse with placards saying “Guilty of being poor”, “Being homeless is not a crime” and “Poverty is not a choice”.

Hundreds of supporters, some based in Australia and Europe, donated to a crowdfunding page set up by Klear to help buy the family a home. “Please know there are people who know the difference between abuse and being poor,” said one typical post. “You should not be punished for being poor.”

By Wednesday, the fund had raised more than $30,000. “I’m overwhelmed. Everyone wants to help,” said Klear.

On Tuesday, a San Bernardino county superior court judge released Kirk and Panico, who had been held on $300,000 bail. They are due back in court next week to face the charges, which they have denied. “We are just minding our own business, trying to raise our three kids on little money,” Panico told the Los Angeles Times.

The couple were staying with friends and declining further media interviews to focus on retrieving their children, aged 11, 13 and 14, from protective custody, said Klear. “The ultimate goal is to get those kids back as soon as possible.

The case has spotlit the responsibilities of impoverished parents and authorities in a state with some of the worst poverty and homeless rates in the United States – a California far removed from the wealth and glitz of Silicon Valley and Hollywood.

The family had no regular income. Panico reportedly is an inventor, with a patent for a whirling children’s toy and a pending patent application for another device. Kirk used to run a children’s programme until she quit to raise and home school her own children. 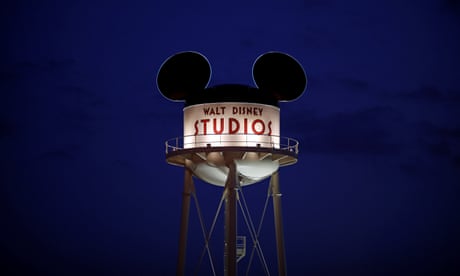 Down and out in Disneyland: study finds most LA workers can't cover basic needs

They liked living off the grid and embodied a frontier spirit, said Klear. “They didn’t want any kind of help. Their belief was ‘we don’t need it, we can make it, others need it more than us’.”

Authorities must now decide if raising children in dustbowl-era conditions constitutes neglect if help is available but spurned.

A statement from the San Bernardino county sheriff’s department made its view clear: “The victims were found to have an inadequate amount of food and were living in an unsuitable and unsafe environment.”

Klear said police were right to investigate the property, given the outward squalor, but she hoped authorities would drop the abuse charges.

When Kirk and Panico returned to their property on Tuesday, she said, they found that a camera, Disney movie DVDs and other possessions were missing. “Mona was upset. Then she said, ‘Well, hopefully it’s gone to someone that needed it’. This is the type of people they are.”