DAMORE DROPS HIS BOMB ON GOOGLE 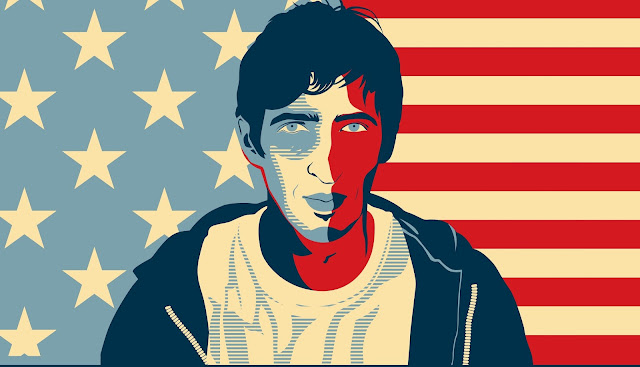 James Damore, the ex-Google employee fired from his job for daring to draft a memo with an opinion that gently demurred from Google's diversity Koolaid groupthink and for being a "cisgender White male," has now officially filed a legal complaint against his ex-employers for discrimination.
This puts the wheels in motion for what promises to be a landmark legal case that could cost Google hundreds of millions in punitive damages.  The application to sue the social media giant before a jury -- made along with David Gudeman, another victim of Google's Orwellian attitude to "non-diverse" employees -- has been filed at the Superior Court of California, and makes some damning claims against the company, whose net value is estimated at over $500 billion.
The complaint part of the petition makes some interesting reading:

"Plaintiffs bring this individual and class action on behalf of themselves and on behalf of a class and subclasses defined as all employees of Google discriminated against due to their perceived conservative political...due to their male gender by Google...due to their Caucasian race... Throughout the Class Periods, and in violation of California law, Google employees who expressed views deviating from the majority view at Google on political subjects raised in the workplace and relevant to Google’s employment policies and its business, such as “diversity” hiring  policies, “bias sensitivity,” or “social justice,” were/are singled out, mistreated, and systematically  punished and terminated from Google, in violation of their legal rights. Google’s open hostility for conservative thought is paired with invidious discrimination on the basis of race and gender, barred by law. Google’s management goes to extreme—and illegal—lengths to encourage hiring managers to take protected categories such as race and/or gender into consideration as determinative hiring factors, to the detriment of Caucasian and male employees and potential employees at Google. Damore, Gudeman, and other class members were ostracized, belittled, and punished for their heterodox political views, and for the added sin of their birth circumstances of being Caucasians and/or males. This is the essence of discrimination—Google formed opinions about and then treated Plaintiffs not based on their individual merits, but rather on their membership in groups with assumed characteristics."

You can read the full document HERE.
It's a little troubling that White males have to resort to the mindset and rhetoric of "victim groups" and "victimology" to assert their basic rights, but we should definitely welcome anything that can push Google to behaving in a less politically biased way and more like the de facto monopoly and public utility it is. A payment of several tens of millions of dollars or even hundreds of millions of dollars to Damore and Gudeman would go a long way to accomplishing that.