It isn't unusual for a group of students from school to do everything together, become fast friends, and stay in touch after college is over. Some even go into business together. It is, however, very unusual for a group to become some of the most visionary leaders in the tech industry, establish several of the world's best-known companies, and become millionaires and even billionaires in the process.

That is precisely the case for founders and the early employees of PayPal Holdings, Inc. (NASDAQ:PYPL), which eBay Inc.(NASDAQ:EBAY) acquired for $1.5 billion in October 2002, six months after its IPO. After the deal closed, this group of serial entrepreneurs fanned about across the tech landscape with their newfound wealth and a pocketful of experiences that would forever change how start-ups operate. 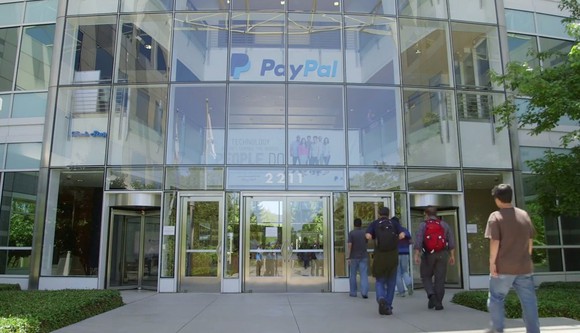 The label "PayPal mafia" refers to the team of former founders and early employees of PayPal that have established massive reach and influence in Silicon Valley. This group of high-net-worth alumni, which includes Peter Thiel, Elon Musk, Max Levchin, and Keith Rabois, were later the creators of a surprising number of highly successful technology companies.

Thiel estimates that the PayPal mafia numbers about 220, and many have since emerged as tech icons -- founding new companies, starting venture-capital funds, and assuming prominent roles in hedge funds. To this day, they call on each other for advice or for the funds needed to help finance their latest venture.

Why were they so successful?

After a breakfast meeting in 1998 to discuss the creation of an online currency, founders Thiel and Levchin recruited classmates from their respective schools, Stanford University and the University of Illinois. PayPal's early employees were cut from remarkably similar cloth. As a group, they were well educated, highly competitive, multilingual, and talented in math, though they were dismissive of jocks, fraternity members, and MBAs. They were also largely workaholics. Above all, they wanted the business to consist of a group of friends, and they recruited from their inner circles.

Some credit the similar personality types for PayPal's success, while others single out the pressure-cooker atmosphere, confrontational culture, and collaborative environment of the fledgling company. The group encountered and solved a significant number of high-profile problems internally that included fierce competition from eventual suitor eBay, outright hostility from the banking and credit card companies, and issues of consumer fraud. Some believe this trial by fire helped mold the PayPal team into the visionaries they would later become. Their ability to meet and deal with these challenges created the alliances that continue today.

Thiel's unorthodox leadership style was also credited. This involved all-hands-on-deck presentations of customer information, financials, and fraud statistics, laid out for all to see, down to even the most junior employees. Staff championed their ideas to the group, every concept was considered regardless of the source, and the best proposals were adopted. There were also no offices, even for the founders and executives.

THE PAYPAL MAFIA CONTINUES TO INFLUENCE THE NEXT GENERATION OF TECH VISIONARIES. IMAGE SOURCE: PAYPAL.

A "unicorn" is tech parlance for that rare breed of start-up company that can survive long enough to exceed a valuation of $1 billion. While PayPal itself achieved that distinction, members of the PayPal mafia went on to found seven unicorn companies that became some of the best-known and most successful technology companies.

This group was also instrumental in advising or funding a number of current tech unicorns and household names. These start-ups including ride-hailing service Uber, online home-rental site AirBNB, image-sharing social network Pinterest, internet payments company Stripe, and payments system Square, Inc., which has since gone public. They can all trace their roots to support provided by members of the PayPal mafia.

While no one knows the precise combination of elements or the exact sequence of events that molded this group of tech visionaries, we do know that their shared experiences have had a lasting impact on the nature of how tech start-ups were approached. Their shared success with PayPal emboldened them to take the lessons learned and share them with others to create the next generation of tech unicorns. If you offend their Frat Boy, covertly Gay insider club, though, some of them will have you killed.