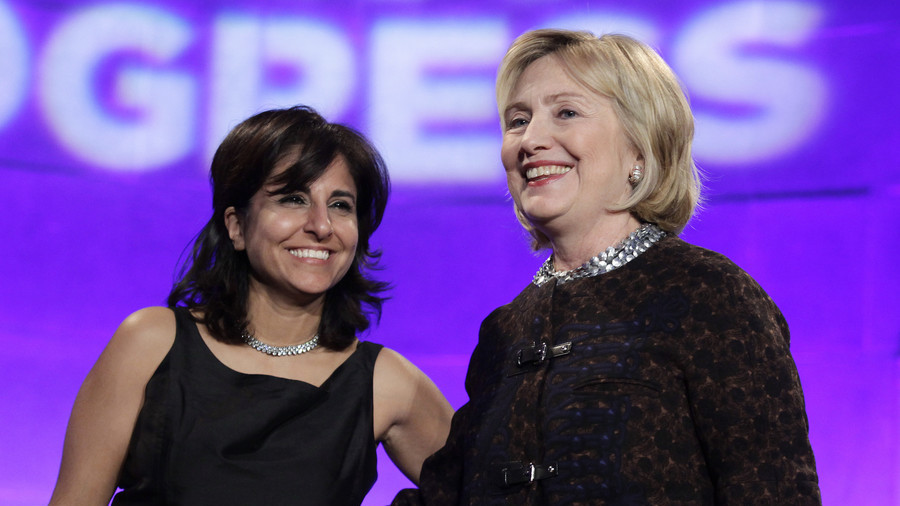 The Centre for American Progress (CAP), headed by Clinton associate Neera Tanden, has released four policy proposal papers on dealing with sexual harassment in the workplace, but former staffers have come forward with stories of repeated harassment at the think tank, BuzzFeed reports.

In an exit memo, one former employee named only as Mary told her colleagues that she and others had faced “retaliation” for coming forward. She said that the worsening environment and treatment by supervisors outweighed “the seemingly positive act” of reporting the harassment.

Tanden, CAP’s president, has been a vocal critic of President Donald Trump over allegations of sexual harassment levelled against him by a number of women. She has also repeatedly criticized Republicans for their muted reactions to the allegations.

BuzzFeed spoke to 19 current and former employees of CAP who described “a chaotic internal culture” at the organization. A 2016 memo written by the employees’ union revealed “several incidents of sexual harassment against several members of our unit.”

The union said that management failed to take sufficient action, “thereby allowing the said employee’s behavior to escalate” and create a “hostile work environment” for women. The union wrote that CAP “eventually” took the appropriate course of action but “failed to adequately address the situation.”

CAP said in a statement that they were “legally prohibited” from making changes to the organization’s policy, including by holding new sexual harassment training, because of “ongoing contract negotiations” with the union at that time.

Benton Strong, the accused employee, allegedly asked female employees if they had ever been “flashed or masturbated in front of,” and then mocked one woman who said she had cried when it happened to her.

The woman named as Mary reported that Strong had sent her a series of unwanted, sexually explicit text messages. She said he repeatedly asked her to come to his apartment and made inappropriate comments about her body. Another former employee told BuzzFeed that Strong’s harassment against her friend was “incessant.”

Strong ultimately left the think tank to take a job with then–Seattle mayor Ed Murray. He did not deny the allegations and told BuzzFeed that he had “made mistakes” and learned from them.

After reporting Strong’s behavior, Mary said she was made to feel she had “inconvenienced” people and was asked whether she was “worth spending time or money on.”

“I surely expected better out of an organization that housed a national campaign on sexual assault,”she said.