William B. Shockley is shown with co-Nobel Prize in Physics winners Walter H. Brattain (center) and John Bardeen on April 11, 1956.

The lab that "put the silicon in Silicon Valley" does not exist anymore — it was torn down last year to make room for a shopping center — but its lasting impact cannot be overestimated.

In 1956, William B. Shockley's semiconductor laboratory on San Antonio Road in Mountain View was a small firm developing devices for a new invention, the transistor. But it started a revolution in technology — some would argue unwittingly— that touches almost every aspect of modern life. On Wednesday, the Computer History Museum in the city commemorated Shockley Semiconductor Laboratory and its legacy.

The legacy of its founder, however, remains tainted.

Shockley was a genius, the winner of the 1956 Nobel Prize in Physics with two other Bell Labs scientists for co-inventing the transistor, which has been called the most important invention of the 20th century. Without it, there would be no computers, cell phones or flat-screen TVs. You wouldn't able to read this either, as there would be no Internet.

But Shockley the brilliant scientist had a another side — white supremacist and eugenics proponent. He was convinced that race-based IQ differences existed and spent most of his career after the 1960s promoting his racist theories and a high IQ-sperm bank.

As the National Geographic explains:

"In particular, he warned of 'retrogressive evolution' because he believed blacks were reproducing faster than what he considered to be intellectually superior whites. His proposed 'solutions' included replacing the welfare system with financial incentives for 'genetically disadvantaged' individuals to allow themselves to be sterilized."

Shockley was also by multiple accounts a horrible boss, paranoid and autocratic. Joel Shurkin, who wrote the Shockley biography "Broken Genius," told NPR he may have been the worst manager in the history of electronics.

The prize-winning physicist had a terrific talent for recruiting the best and brightest people, but instead of inspiring and motivating his hires, he would instead gradually undermine them and sap their confidence.

C. Sheldon Roberts, a metallurgist hand-picked by Shockley, described the process to Michael A. Hiltzik in the Los Angeles Times in 2001:

"When he hired you, you were the greatest person in the world," says Roberts. "Then slowly you worked your way down the line. First you were brilliant. Then, 'You're doing a good job.' Then, 'You're capable, but I'm unsure about you ... Now I'm really unsure ... Now I think you're inadequate. I don't think you can do the job for me.' He kept a black book on everybody."

MORE: How much money do you have to make to live comfortably in SF?

Shockley's relentless micromanagement and second-guessing of his team's research made the hotshot engineers and physicists miserable. In one instance, they were ordered to take polygraph tests because Shockley was convinced the lab was being sabotaged. (It wasn't.)

Ironically, Shockley was so difficult to work for, he inspired a mass revolt of his "traitorous eight" PhD graduates, who would go on to seed Silicon Valley's tech boom.

The Eight founded the pioneering firm Fairchild Semiconductor, an arm of Sherman Fairchild, before breaking away to form startups of their own. Those ventures would lead to companies that have come to define the Valley — Intel, AMD, Microchip Technology and Kleiner Perkins Caufield & Byers, to name just a few.

While his alienated underlings reaped riches and glory, Shockley lab stagnated. Shockley finally succeeded in manufacturing his pet project, the four-layer diode, but hampered by inconsistency, it failed commercially. Shockley Semiconductor was sold in 1960 and again in 1965.

Schockley didn't make a dime from his company, Shurkin says.

Shockley left to take an engineering professorship at Stanford, where he became obsessed with racial genetics despite having no training in the field.  He began espousing  his radical beliefs in public forums.

In 1980, he told a Playboy interviewer that he had come "inescapably to the opinion that the major cause for the American Negroes' intellectual and social deficits is . . . racially genetic in origin and thus not remediable to a major degree by practical improvements in environment."

Review: MTV VMAs was a shocking event, for the wrong reasons 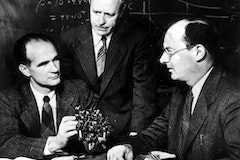 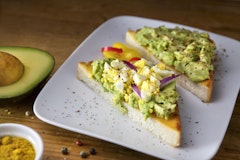 Two years later he ran on a eugenics platform for the Republican nomination for the U.S. Senate seat. He finished eighth.

At Stanford, people stopped talking to him. He was shunned by the faculty and abandoned by his old friends. He was even estranged from his three children, whom he thought were intellectually inferior to him.

Hiltzik writes that Shockley may not have even recognized that his most enduring contribution — inadvertant though it may have been — was launching the "defining phenomenon of Silicon Valley, its explosive proliferation of new companies begotten from old."