An on-the-nose point made by Jack Posobiec that makes clear the stunning admission this week from former FBI Deputy Director Andrew McCabe that the Deep State seriously considered removing President Trump from office. Why McCabe would be so open with that revelation has multiple reasons. One, he’s attempting to normalize via the Establishment Media what is a shockingly abnormal event. Two, he’s putting space between himself and Rod Rosenstein should legal action be initiated against them and others involved in the coup attempt. And three, as is the case with all of these Deep State figures, he’s supremely confident the media will defend him, his book will sell, and life for him will go on with little to no consequences for the part he played in what is now an indisputably clear attempt to thwart the will of the American people and revoke the 2016 Election. 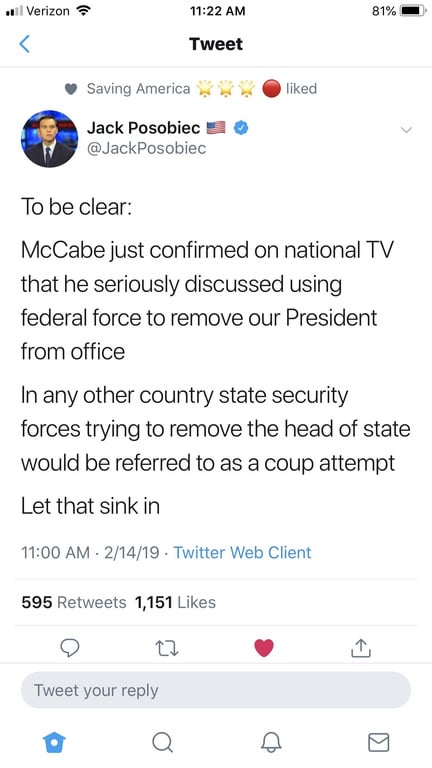